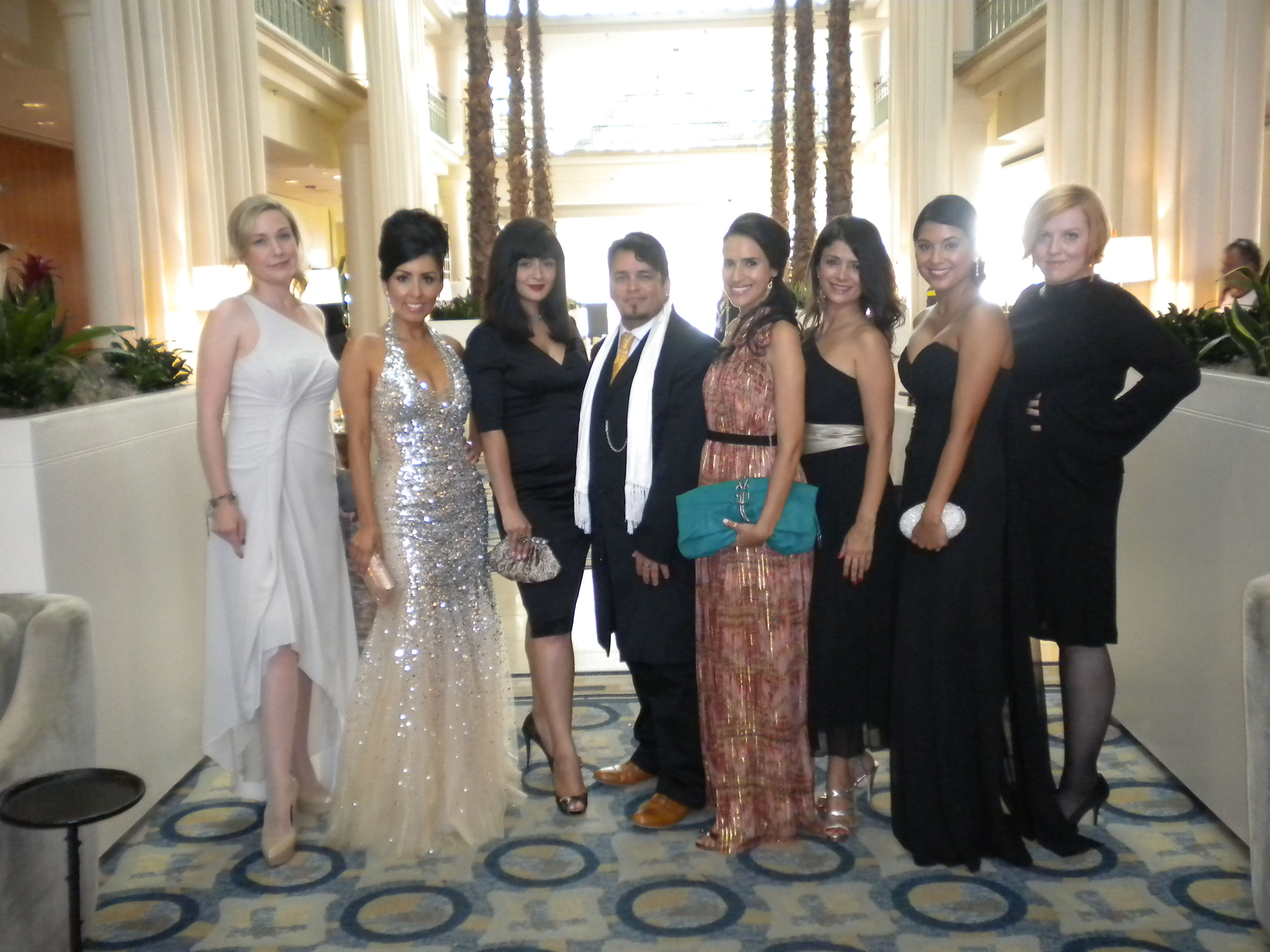 Last weekend I had a fabulous Latino-style Hollywood moment I just have to share with you all. I was a guest of Artistry Beauty by Amway to the 2011 NCLR Alma Awards in Santa Monica, CA.

This year the Alma Awards were extra special because they were being taped to be broadcast for the first time ever on primetime television through NBC, with repeats airing on mun2.

Before my new-found life as a blogger, I was a TV producer for 15 years and always worked in the Latino industry, with the likes of Univision, MTV Latin America and mun2. I´m not a newbie to award shows, but I´ve always attended them as work and always behind the scenes. So, I´m used to working the red carpet, not walking it! I have to thank Artistry Beauty for my first official awards show red carpet walk and for making me look polished and ready with their cosmetics.

The Alma Awards were co-hosted by Eva Longoria and George Lopez. I have to say I am constantly in awe of Eva´s commitment to the Latino community and the relentless work she does to amplify our voices. As Executive Producer of the Alma Awards, she works with the National Council of La Raza (NCLR) to spotlight and applaud the contributions of Latino artists in America. And that made for a star-studded show!

I won´t spoil it for you, but I will tease you to get you to tune in on NBC tonight at 8pm ET because you won´t want to miss Pitbull´s opening act. You never want to miss Pitbull.  He brought the house down with his energy and then Demi Lovato uplifted us all with her powerful voice and sweet performance. In the end, the legendary Gloria Estefan closed it with a huge “Wepa!”

Watch the Alma Awards as a family and celebrate Latino culture because the country will be celebrating along with you on primetime.

And if you happen to be on Twitter while you are watching, you could try your chance at winning 1 of 5 Amway’s Artistry Skincare Packages worth more than $500.

To enter, they are asking you to share during the Alma Awards show who you feel has the most youthful looking skin while using the hashtag #AmwayALMA.  Winners will be selected on Monday, Sep. 19. ¡Suerte!

For Moms And Babies All Over The World: The Million Moms Challenge

THanks for the heads up. I wouldn’t miss it for anything. Eres tan linda

Aw! Thank you! Hope you enjoy the show. It was fun!

The paint it peeling off of my wall and I want to repaint it anyway. Is it okay to just peel the rest off?