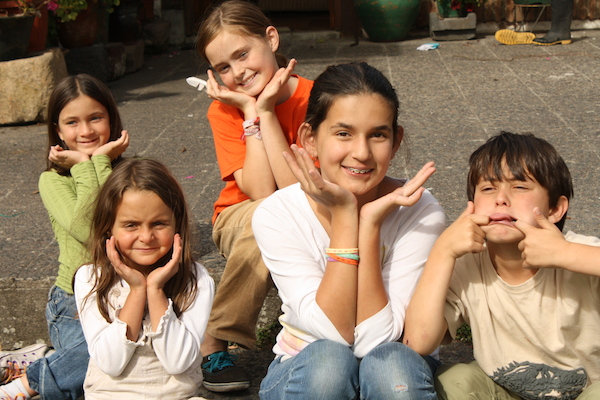 Watching your kids and their cousins:

running around freely in a beautiful farm,

looking at the stars at night and more,

are beautiful things for a parent to see.

Seeing kids play so happily in the country side, was not only a wonderful thing into itself, but it was also amazing that a couple of the kids there, my kids, live most of the year in a country where the spoken language is a different one than the one spoken by their cousins. 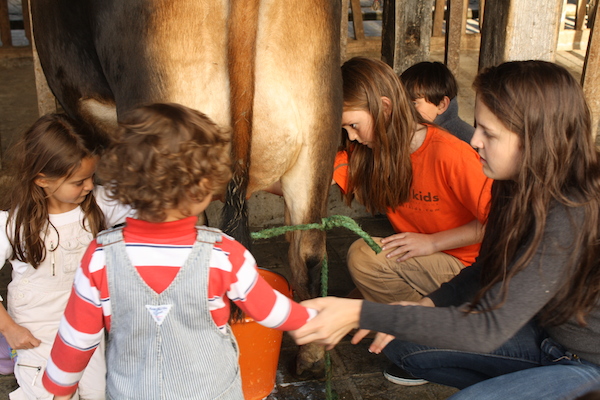 This summer, during our visit to my country: Ecuador (We go there from San Francisco where we reside, every summer for two months), my kids and I went for a couple of days with part of my large family to a farm outside of Quito. We had a wonderful time there and the next day went back to Quito in time to join my parents for dinner.

I was so happy to see my kids interact so easily with all (young and old) in my large Spanish-speaking family in Ecuador. Thanks to them growing up bilingual in Spanish/English they were able to just blend in.

I was reminded of all the other families that I’ve met whose parents for some reason decide not to speak to their kids in their native tongue:

Parents at the park who both spoke Spanish but talked to the kids mainly in English.

Parents from two cultures who spoke to each other in English and felt like they should speak to their kids in one language they would all understand.

Spanish-speaking moms who spoke to their kids in Spanish when they were very young, but as their kids grew they got used to answering back to them in English.

During the last leg of our flight from San Francisco to Quito, Ecuador, my 10-year-old daughter Isabela and 7-year-old son Sebastian, found a very cute little 4-year-old girl sitting in the row in front of us. She sat up and looked back at us and played peekaboo with my kids. I chatted with the mom, and discovered that she lived in Florida, but was from Quito as well. Though it was just the two of them on their way to visit her family, she spoke to the child in English and said she did so because her husband didn’t understand Spanish. I discovered that the girl spoke just a few words of Spanish. I told her that my husband was a monolingual English-speaking American as well and begged her to reconsider speaking to her daughter in Spanish.

I found it so sad: 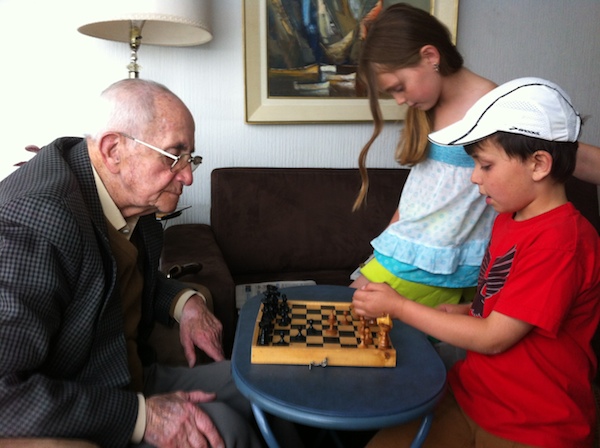 My kids and I stayed in Ecuador for almost two months. I’m lucky enough to go there every year and it is imperative for me to do that so they grow up as an extension of my Ecuadorian family, and learn and participate in my culture. It is also important for me to go and expose them to a couple of months of Spanish immersion, as they are also learning Mandarin at their San Francisco immersion public school.

We had such a wonderful time, as we always do, visiting my large family and the beautiful Ecuadorian country site. I mostly loved seeing them at the table with my 82-year-old dad chatting away happily, even though he doesn’t speak any English. 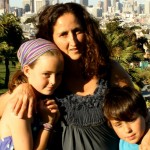 Born to a large family in Quito, Ecuador, Carmen went to a bilingual Spanish/English school from K to 12. She grew up going to the countryside, riding horses, and going to the beach during the summer with her grandma and cousins. Studied Information Systems in Brazil, and then in San Francisco.  Worked as an Oracle DBA, and traveled anytime she could to places like India, Burma, Turkey, back to Ecuador and more. Since having her two American-Ecuadorian kids, she spends her time raising her children, creating art, traveling and doing consulting projects. Her children are currently fifth and second graders in a public Mandarin immersion school in San Francisco. She spends her summers on a yearly pilgrimage to Ecuador or other Spanish speaking countries to immerse her children in the Spanish culture and language.  She writes a blog at InCultureParent.com and is currently working on her own blog (in diapers): playinghopscotch.com

A Healthy Twist on Classroom Celebrations

6 Tips to Prepare for Baby’s Arrival

Why It’s Imperative to Me That My Kids Speak Spanish
What Is A Spanish Speaker Supposed To Look Like?
Understanding How & Why Apodos (Nicknames) are Used in Latino Culture
15 Comments

I’m a Bulgarian living in Australia. I speak Bulgarian to my kids and my husband speaks English. The kids reply back to me in English mostly… but when we got to Bulgaria earlier in the year and they saw that no one understood their English there, they switched to Bulgarian immediately… on day one! Their grammar wasn’t perfect, and their accent was strong, but they made themselves understood. And their Bulgarian markedly improved over the 4 weeks we were there. I’m just offering this as an encouragement to anyone in the same situation: don’t give up even if it looks like you’re getting nowhere. Your children are learning and they will reach for the knowledge they have inside them when they need it.
Tat´s last post ..Christmas family traditions: creating our own

I’m really impressed with your writing abilities and also with the structure to your weblog. Is that this a paid topic or did you modify it yourself? Either way keep up the nice high quality writing, it is uncommon to see a nice blog like this one nowadays..

Sorry, we have a full deck. To be reminded about our next dinner, jump on the list.

Thank you, I have recently been looking for information about this subject for ages and yours is the greatest I have discovered so far. But, what about the bottom line? Are you sure about the source?

I wish to get across my gratitude for your generosity in support of those who have the need for guidance on this idea. Your real dedication to passing the message across became amazingly significant and have usually encouraged ladies like me to arrive at their objectives. Your new important recommendations can mean so much a person like me and far more to my office workers. Thanks a lot; from each one of us.