The Legacy of Words: Passing On the Spanish of Our Abuelos & Cri-Cri, El Grillito Cantor 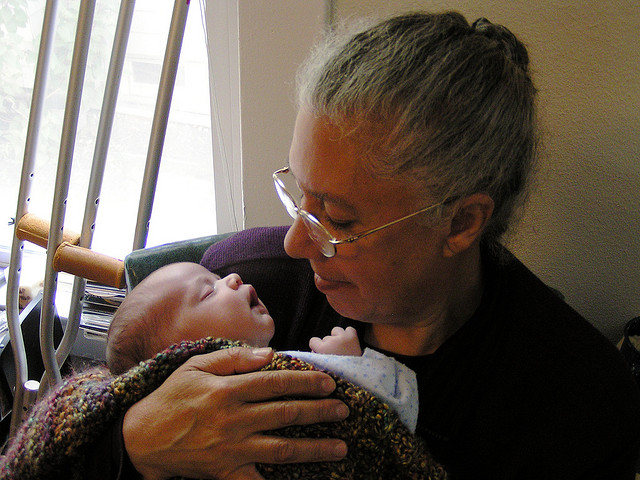 It’s been said that “the past is a foreign country; they do things differently there.” Well, they also speak differently.

I remember how my grandparents, who were born in South Texas and lived there their entire lives, spoke Spanish. Their Spanish included a healthy mix of antiquated or regional Spanish words like velís (veliz), instead of maleta, or bogecito for baby stroller. And we all grew up calling opossums tlacuaches; cockroaches were tatascuanes; and of course, guajolote was turkey. They also used expressions like ‘de a tiro’ or ‘se te cayó la garra’ when one us chiflado kids had overstepped our limits.

I’m reminded of this Spanish of my abuelos every time I play the music of Cri-Cri, El Grillito Cantor for my daughters. Cri-Cri, the little singing cricket, is a character by children’s singer and composer Francisco Gabilondo Soler, who was born in Mexico and had a popular radio show there in the 1930s. El Raton Vaquero is probably his most well-known song. These nostalgic Disney-esque songs are just lovely, with their throwback orchestra music set to fox-trot, tango or even country and ranchera style.

The best part of Cri-Cri’s songs are definitely the lyrics though. They are wondrous, funny and clever stories about dolls, toys and animals full of life and spunk, and although I’m mostly interested in just exposing my children to more Spanish, the songs almost always have a lesson to teach to children, too. And as a mom living in today’s world, I have to say that I have picked up a lot of new vocabulary listening to Cri-Cri as well. And I sometimes even hear the Spanish my grandparents spoke.

I especially love El Comal y la Olla for its use of words like fuchi fuchi, majadero, and rascuache. Do you use those words, too? Here’s a verse, and you get the animation between the hotplate and the cooking pot:

It’s not simplistic language. It’s full-bodied and rich, just like the cuentitos the songs tell. That word my family uses to refer to their luggage – velís – well, it makes an appearance in the song La Muñeca Fea. And yes, I actually looked up two words recently that I heard in the song Baile de los Muñecos that I could understand from the context, but I had never heard before: zarpazo and enfurruñarse. Do you know what those words mean?

The words we use say a lot about who we are and where we came from, which is why I make it a point to use the Spanish words my grandparents used as much as I can around my children. I could say pavo, but why would I when I’ve always called it a guajolote?

I wonder how different my children’s Spanish will be from the language their grandparents spoke? Especially in this shrunken world where it’s easier than ever to connect and swap words with Spanish-speakers from different backgrounds, I’d like for my girls to know the roots of our family’s language, too. Our words, the specific and precise language we grew up with, are worthy of passing on.

What words or expressions did your grandparents or parents use all the time growing up that you still use today?

Awesome post! I appreciate these well-written reflections on language and culture. I hope you submit again!

I totally agree that it’s not “simple” language–it’s actually quite complex with rhyme, rhythm and meter. That’s what is missing in the translations of mostly English-language children’s books. _la oruga muy hambrienta_, for example, is a fine story. The drawings are classic for those of us that grew up reading that book in English but it lacks the linguistic sophistication of works like these. I’ve also gone back to classic poetry like “Canción del pirata” and others just to keep it challenging (like you say–for parents and children alike!) I don’t study reading but I suspect that this is how one builds skills like reading for context, vocabulary and syntax. Especially poetry in Spanish, where syntax is more flexible than in English.

Thanks again for the thoughtful post, it’s a great way to start a Monday after a holiday break!

And my baby loves Dora! Wish I had a relative who can teach her Spanish like you do.

Leave a Reply to Xochitl