Instead of Banning Spanish, Schools Should Promote the Benefits of Bilingualism 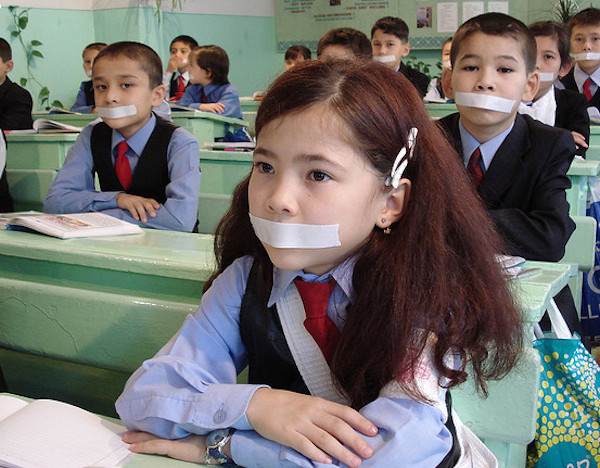 I came across two very different stories regarding bilingualism in the United States this week. One made me very hopeful about the future of bilingualism, while the other completely deflated those hopes.

The first one was about a school in Florida that wants to make sure its Latino students don’t lose their Spanish. Since it’s not a dual-language school, administrators have come up with the brilliant idea of asking parents to sign a pledge to speak to their children in Spanish for at least 30 minutes every day. Think about the kind of message that sends about the value of the Spanish language and bilingualism in general.

Then, think about the completely opposite message sent by a middle school principal in Texas who banned students from speaking Spanish in class “to prevent disruptions.” According to students at Hempstead Middle School, Principal Amy Lacey made the announcement over the intercom, leaving lots of kids confused and their parents understandably upset.

“If you speak Spanish in my class, I’m going to write you up,” is what a teacher told Tiffani Resurez after the principal’s announcement, according to what the eighth-grader told KHOU News 11.

More than 50 percent of the school’s student population is Hispanic. For many of its already bilingual kids, going back and forth between English and Spanish is completely normal. It’s what they’ve done all their life and they’ve never been told they’re doing something wrong… because they’re not. But discriminatory messages like the one sent out by Lacey could very easily discourage both parents and their children from pursuing bilingualism.

“People don’t want to speak it no more, and they don’t want to get caught speaking it because they’re going to get in trouble,” Kiara Lozano, who’s in sixth grade, told the news station. Sounds so much like what used to happen constantly in certain parts of the U.S. — particularly the Southwest —a few decades ago, which is the reason so many second and third generation Latinos don’t speak Spanish.

Unbelievably, it took the school district more than two weeks to put Lacey on paid administrative leave as it investigates the case and to send a letter home stating that “neither the district or any campus has any policy prohibiting the speaking of Spanish.” Right, because doing so would be ilegal.

In the meantime, the only ray of hope in this extremely upsetting situation is what Yedhany Gallegos, an obviously bilingual eighth-grader, told KHOU:

As long as more bilingual students like Yedhany stand up for their rights, maybe there is hope for the future of bilingualism in the United States.

5 Great Bilingual and Spanish Holiday Books for the Entire Family

Superb blog! Do you have any tips for aspiring writers? I’m planning to start my own blog soon but I’m a little lost on everything. Would you recommend starting with a free platform like WordPress or go for a paid option? There are so many choices out there that I’m completely overwhelmed .. Any recommendations? Appreciate it!

The view inside the Carthay Circle Restaurant is spectacular, plus the food looks amazing!! Whenever I visit the area, I will make sure to remember to stop here.

Education of public values except important of public input on issues the community solve the problem. The board of education and the superintendent of the public school. This experiment has been adapted to the balance of public participation with another important objective.