Being Bilingual: Shooting a General Mills Commercial in Spanish for Walmart 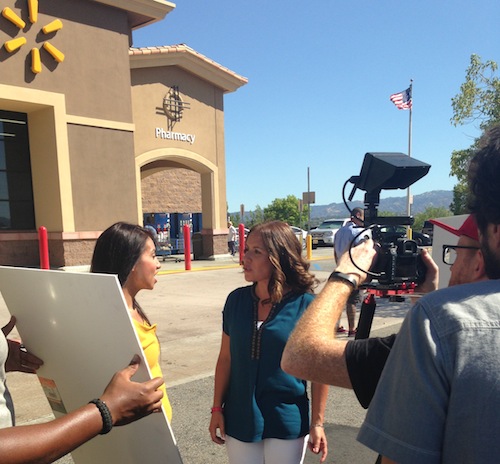 After spending many years as a television news producer, I have no problem with cameras… as long as I’m behind them. So to say I was nervous when I was asked to participate in a Walmart commercial about General Mills’ cereals would be an understatement.

Part of me wanted to say “No thanks,” but the other part saw it as a really cool opportunity to do something totally different from what I’ve done in the past, and so I accepted the challenge and I must say I don’t regret it one bit.

The commercial was shot in Santa Clarita, California and I was cast as the expert who got to show another mom why General Mills’ cereals sold at Walmart are a great option for breakfast. The crew was not only incredibly professional, but also fun to work with, which made the very long process of shooting a very short 30-second commercial a lot easier! 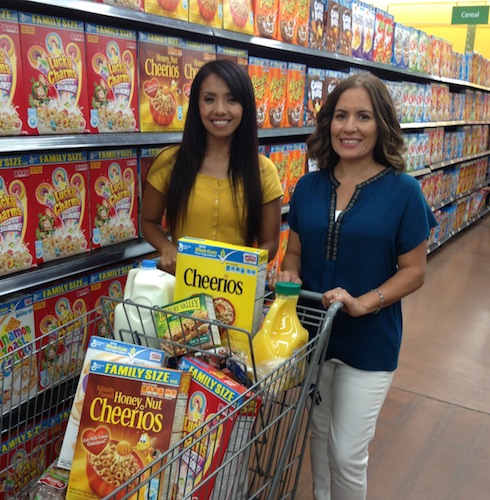 I also got to meet, Evelyn, a mom of three who shops at Walmart, just like me, and with whom it was a pleasure to work. She kept saying she was super nervous too, but you couldn’t really tell. We shared a ton of laughs as we each took turns fumbling our lines and the scene had to be shot yet another time.

The best part was that my family loves cereal and Honey Nut Cheerios is my kids’ favorite, which means I got to talk about something I know about and not a product my family doesn’t even use. In my house, we don’t only eat cereal for breakfast, but I also give it to my kids dry as snacks to take in their lunch boxes.

I can’t wait for my children to see the commercial — which was shot entirely in Spanish — and hear what they have to say about it. Plus, it’ll be a great example of why it’s so awesome for them to be bilingual like me!

Disclosure: As a participant in the Walmart Moms Program, I’m compensated for my time and efforts. All thoughts and opinions are my own.

Hmm Well I was just searching on yahoo and just came across your site, generally I just only visit websites and retrieve my needed info but this time the useful info that you posted in this post urged me to post here and appreciate your diligent work. I just bookmarked your site. Thank you again.

great website!! You could start many more. I love all the info offered. I will stay tuned.