On the Night My Son Was Born 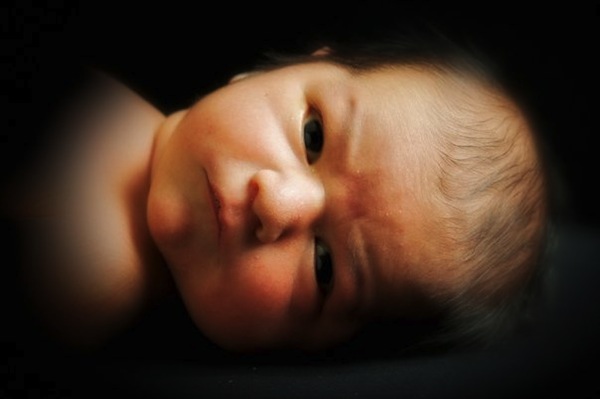 The stories of how my two children came into the world are utterly different. So much so that I’ve often wondered how my son Santiago will feel once he gets older and realizes that despite having all my family in Denver, where he was born, his dad was the only one at the hospital the day he made his first appearance. Especially when he finds out that the complete opposite was the case the day his sister was born. I like to tell myself that he’s a boy and he won’t care about details like that, but at 3 years old he already has a lot of questions about what it was like for him to be in my belly and to be breastfed.

Vanessa has always loved hearing the story of the day she was born. Since I hadn’t really told Santiago his story, I decided to do so using a lovely recordable storybook by Hallmark called “On the Night You Were Born.” The beautiful illustrations immediately caught my son’s attention, but what he loved the most was helping me record the sweet poem written by Nancy Tillman.

When we were done, I decided to write him the following letter about the night he was born. 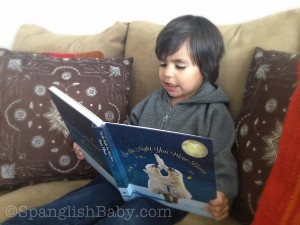 I’d like to tell you the story of the night you were born and transformed our little family of three into a perfect family of four.

Almost four years ago, you came into the world a bit sooner than we expected. Two full weeks sooner, to be exact, and even though we’d been dying to finally meet you, your early arrival took us all by surprise.

It was a Monday morning like most others. Your dad was getting ready to go to work when I was woken up by pretty strong contractions — having gone through that lovely process with your big sister, I was convinced the time was near. Your father, on the other hand, thought I was being a drama queen and kept doing his thing.

But since I wanted to give birth to you naturally after having had your sister via C-section, I immediately called my obstetrician to talk about my contractions and was told to head to the hospital as soon as possible because you were definitely on your way. Luckily, just that last weekend, we had spoken to our loving neighbor across the street to see if she could stay with your sister if we ended up having to leave for the hospital in the middle of the night. So she was totally on board to take care of her when we called to say the time had come.

Vanessa was sad not to be able to go to the hospital with us, but there was no way your dad could take care of her while helping me give birth to you.

Papi and I got to the hospital before noon and I kept telling myself that I would just go with the flow instead of insisting on doing things my way, like I had done with your sister. And I’m so glad I did! You were born without complications at 5:51 p.m. on Monday, August 31, 2009.

Getting to witness you coming out of me was the most intense and overwhelming experience I’ve ever been through in my life. And then, you cried… and so did papi and I because no sound is more magical for a parent than a baby’s first cry.

Once I held you in my arms, there was no doubt in my mind that my life was complete!

Does your child know the story of his birth? What does he think about it?

Disclosure: We’re working with Hallmark on a series of posts for Mother’s Day for which we’re being compensated. As usual, all stories and opinions are our own.

Roxana, this is beautiful letter. I’ve never heard of that book but I’m gonna check it out! Mil gracias.

Tags: birth stories, hallmark, on the night you were born