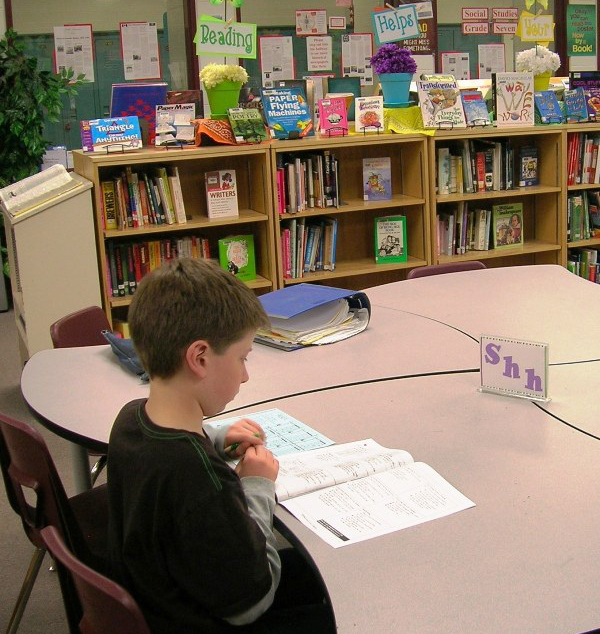 I am not a fan of our schools’ obsessive testing culture. Unfortunately, the system tests children as the only way to monitor their academic progress. As a parent of a student enrolled in the immersion program, I’d like to share my experience since I know many of you will go through the same process raising your bilingual kids.

My son attends an excellent dual language immersion program in northern California. As a Spanish speaker, I was told he would take a “special test” called CELDT  (California English Language Development Test), which is administered twice a year and would monitor my son’s progress toward acquiring English proficiency. In addition, he would have the STAR (Standardized Testing and Reporting), which is the standardized state test based on California’s academic standards.  Each state creates their own test, based on standards selected by a state committee, that relate to nationally recognized standards.  Test scores for each school are tied to federal funding and are part of a bill  (No Child Left Behind) passed by President Bush some years back.

In any case, my son was required to take these state tests starting in kindergarten and we were told that children in immersion programs will likely perform much lower than their English-speaking classmates the first years of immersion program but that they will “eventually” catch up.  Eventually? I could feel anxiety coursing through my body… Is he ever going to learn how to speak, write and read “proper” English? ¿Cuando?

You see, my son had little English exposure his first 5 years of existence; he attended full-time German preschool, his father spoke to him exclusively in German and his mamá exclusively in Spanish. I knew he would eventually learn English from his environment and friends but when schools tell you about testing, I have to admit my lack of experience and information made me wonder if the immersion program was the right place for my son. Certainly I am not alone, most native Spanish-speaking families I have talked to have the same questions and anxiety. Many of them, unfortunately, decide to not enroll their children in immersion programs. This fact makes it very difficult for communities, schools and districts to start, maintain and promote immersion programs since they do not have enough Spanish speakers willing to enroll. This must change and I will tell you why.

This week we received my son’s report card that proves what the teachers explained four years ago. My son is doing outstanding in both English and Spanish; his reading, writing and math skills are “advanced” – my nightmares of him speaking “ugly” Spanish and poor English were proved wrong. Not only is my son doing great, but most of his classmates (English and Spanish speakers) are doing fantastic. It is worth it! I hope more Spanish speaking families get over the fear and anxiety of immersion programs and more families could have the opportunity to bilingual education. However, this is a topic for another day. For more on immersion programs check our very first Google Hangout + conversation.

Are you experiencing testing anxiety or have questions on future testing? Please feel free to follow our conversation on SpanglishBabyPlayground. I am not a test expert but I am happy to share my experience on this topic with you!

Why Bilingualism Will Have to Wait

Why It Takes a Leap of Faith to Enroll Your Child in a Dual Language Immersion Program
Foreign Language Academies of Glendale: A Dual Immersion Case Study
Full Immersion Language Schools: An Explanation
12 Comments

I just got the test results back from my bilingual students (age 4th grade in the US) and the vocabulary was the lowest, like in the 28th percentile whereas math was in the 70th percentile (also taught in English). This is only my students´ 3rd year reading and writing in English and we typically see the results increase to about the 60th percentile after 4 years. Of course there are students in the 99th percentile and the 5th as well.

How do I teach more vocabulary!!!??

Hi Ali,
My son is now in 4th grade. I usually volunteer at his school for math circles and reading…I am not an expert in teaching and would have to ask his teachers how they are working with vocabulary.
What I have seen is that students have a list of words every week that they have to find in the dictionary and write down the meaning (one week in English and week in Spanish) then they have to write the same word three times. Are you an English teacher outside the US?
I am happy to get more ideas for you! Please follow the conversation on SpanglishBabyPlayground.com!

This website gives great tips which I try to do, but still it is very difficult when the kids are not immersed in the language. Yes I teach English in Bogota, Colombia. The kids get about 18 hours per week in English (english, math, and science).

This subject recently came up with parents of my daughters Spanish immersion class as well. I am being told my daughter reads Spanish and English at a 4th grade level, very good considering she is in 2nd grade. However, I really notice her spelling in English seems poor. I feel she will catch up eventually and am not overly worried out it..but I sometimes wonder why they seem to concentrate on reading ability and not comprehension/spelling/grammer etc more.

Hi Kathleen,
Thank you for your comment! Since your daughter is in second grade they might not be emphasizing spelling and grammar right now, they will start in 3rd and 4th grades and she will catch up!!
Be patient, she is learning two languages and timing is different for her. I look forward to hearing from you on her progress!

Thanks Xochitl! I am a huge supporter of immersion education, and have faith in the system. Is it typical, even in a “traditional” English only school, for them to learn grammer, spelling, etc in 3rd grade and up?

Hi Kathleen,
I am not sure when grammar and spelling are officially introduced in schools, it may vary by state… I will ask and get back to you on this question, feel free to follow the discussion in SpanglishBabyPlayground.com
Thank you!

I drop a leave a response whenever I especially enjoy a
post on a website or if I have something to valuable to contribute to the conversation. It is a
result of the sincerness communicated in the article I looked at.
And on this post Tests for Dual Language Learners
and Parent’s Anxiety |SpanglishBaby™. I was actually moved enough to drop a leave
a responsea response

I do have some questions for
you if you usually do not mind. Could it be just me or does
it look like like some of these comments look like left by brain dead folks?