The Vital Role of Nannies When Raising Bilingual Kids 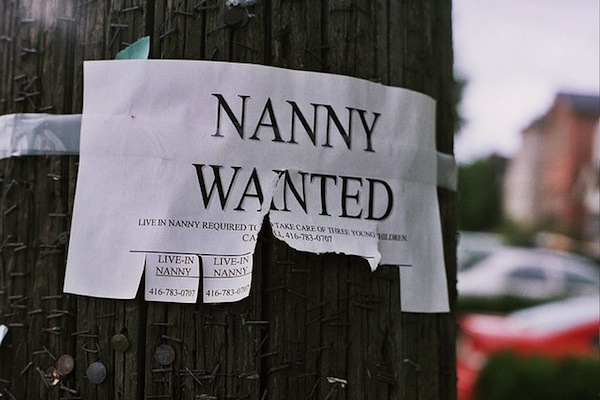 Even before I got pregnant, I knew I wanted to stay home with my newborn children as long as (financially) possible. I was blessed to be able to do that for more than two years with Vanessa and about a year with Santiago. When it was time for me to go back to work, my husband and I agreed that we would hire a nanny to take care of our kids at home. But not just any nanny. We wanted a niñera whose native language was español.

As many of you know, my kids are being raised bilingual via the mL@H method. So Spanish is the only language spoken in our home. The only way for us to ensure that our kids would continue to be immersed in Spanish, even while they weren’t with us, was to hire a (native) Spanish-speaking nanny.

We completely lucked out with both of the nannies who worked with us the last few years. They were kind, fun, loving and excellent with our children… and best of all? They were from Mexico and Spanish was their first language! They read, sang and played with our kids in Spanish, and I’m 100% aware — and grateful — of the vital role they played in helping us raise our children bilingual.

But ever since our last nanny left a few months ago to go back home to her family in another state, we’ve had an incredibly hard time finding a replacement. Things were okay while my husband worked the night-shift, since he was home with Santiago when he wasn’t in preschool, but he went back to a day shift at the beginning of the year and the search for a nanny ensued.

After a couple of failed attempts — and after crunching numbers — my husband and I have come to the realization that despite the huge benefits of having a nanny, this is no longer a feasible option for us. So we’ve decided to send our 3 1/2-year-old son Santiago to preschool every single day of the week and to aftercare at least two days of the week. And now, I’m really worried about his bilingualism.

Read: 5 Ways to Boost the Minority Language at Home

Why? Well because for the first time in his short life, Santiago will spend A LOT of time immersed in English. I’m really concerned about what this will do to his Spanish.

As it is, Santiago is exposed to a lot more English than Vanessa was at his age thanks to none other than her. They still play mostly in Spanish, but there are a lot of phrases being thrown around in English and Santiago, being the little sponge that he is, wastes no time repeating each one of them like a parrot.

I truly hope I’m not doing a disservice to my son. I feel like he’s already gotten the short end of the stick in so many other areas of his upbringing only because he’s our second child. I pray I don’t end up regretting this.

Money as a Barrier to a Bilingual Life

Join Us for Our First SpanglishBaby LIVE Google+ Hangout

English is Invading Our Home
Watching in Awe As My Son Becomes Bilingual
Raising Bilingual Kids: What is the mL@H Method?
8 Comments

It’s not the end of the world. I had the same thing happen when my daughter started preschool, and while it is incredibly frustrating, it will be alright. Your family is very dedicated about raising your children bilingually and that will definitely pay off in the end. Just continue your fervent efforts as they will have an important influence. Even though my child is in a Spanish immersion school, and I try as much as I can to expose her to Latin American customs, traditions, and events, English dominates but Spanish is encouraged in our home and she is speaking in Spanish at home (and correcting mine!) about 70% of the time. I say this because I remember feeling the same way. No pierdas fe.

Don’t worry so much, it will be OK. Kids are so smart it’s almost scary.

My husband travels A LOT, so at the end of the year he would have been away for 6 months (never more than 8 weeks at a time). He is the only person around that speaks Danish. We have a few Danish friends in our hometown, but we rarely ever see him, his family is half a world away. Guess what? Our daughter speaks, read and writes Danish (as bad as it is expected of a 7 year old). Against all odds we made it.

A few hours away from you is not going to do him any harm.

According to The New York Times “Parents cite different reasons for hiring baby sitters and nannies to speak a second language with their children. Some struggled to pick up foreign languages and want to make life easier for their children. Some believe it makes them smarter. And naturally, this being the melting pot that is New York, many parents have a connection to another language and want to reinforce it.”

There are many reasons to hire a nanny with foreign language skills.

Contact the local Embassies and other organizations that are affiliated with your culture and the culture of the language that you seek to instill in your child. Ask about referrals or publications in which you can advertise.
Register online at a site such as Nannies4hire.com; where you can sort for nannies by a preferred language.
Network with others in your locale who have the desired language skills. Ask about referrals.
Run a help-wanted advertisement in the local newspaper and specify the language skills sought. Or, you might place your advertisement written entirely in your desired language.
Once you have resumes in hand, you can review each candidate’s credentials. Interviewees may then be chosen. You may benefit from having a trusted advisor (who is bilingual in the language you seek) participate in interviews with you: the advisor can observe each candidate’s language skills and can advise you on fluency. Background checks and other screening and selection methods will not vary from hiring a nanny without foreign language skills. When you are ready to make a job offer, make sure to include your language expectations in your nanny contract.

By following these simple steps, you can be well on your way to hiring a nanny who can teach your child a foreign language or who can reinforce your own culture and language when you are living abroad… http://tinyurl.com/2fm8hx6

This is certainly extremely cool. I’ve been appearing
thru a bunch on the internet and also really loved this unique adaptation.

I always sensed that various of the alternative companies work a little much
better than this. However i imagine they have their particular problems.

What’s up everyone, it’s my first pay a quick visit at this site, annd article is in fact fruitful in support of me, keep up posting these
content.
rea´s last post ..rea

I don’t know if it’s just me or if everyone else encountering problems with your blog.
It seems like some of the written text on your content are running off the
screen. Can someone else plase commdnt and
let me know if this is happening to them aas well?
This ccould be a problem with my browser bscause I’ve
had this happen previously. Appreciate it
http://www.davescars.Co.uk´s last post ..http://www.davescars.Co.uk